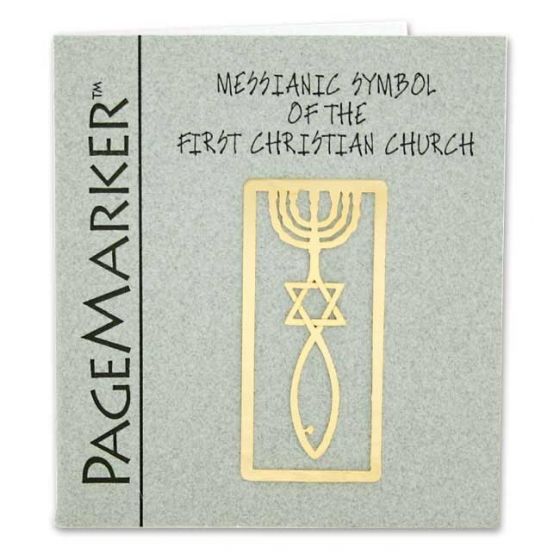 Found on Mount Zion, this seal is believed to have been created and used by the Jewish believers, who called themselves Nazarenes, and founded the Jerusalem Church - the first Messianic Church.

Beyond the historical relevance, the Messianic Seal proclaims to the world the Jewishness of Jesus Christ, and the decidedly Jewish foundation and roots of the church founded in His Name.

And if some of the branches were broken off, and you, being a wild olive tree, were grafted in among them, and with them became a partaker of the root and fatness of the olive tree, do not boast against the branches. But if you do boast, remember that you do not support the root, but the root supports you. You will say then, Branches were broken off that I might be grafted in.

Shipped to you direct from the Holy Land.